Woke up this morning and had the free breakfast our hostel provided, which was just scrambled eggs and arepa (aka fried corn bread). Then we started our walk to Castillo de San Felipe. On our way we were walking through this park that Vivian had said was supposed to have monkeys, sloths, and iguanas. We couldn’t see anything as we walked, but then some random man asked us if we wanted to see a sloth and started walking…. so I followed lol. He didn’t take us too far in the park, but there was a sloth! So cool! You can kinda see his furry back in this picture. 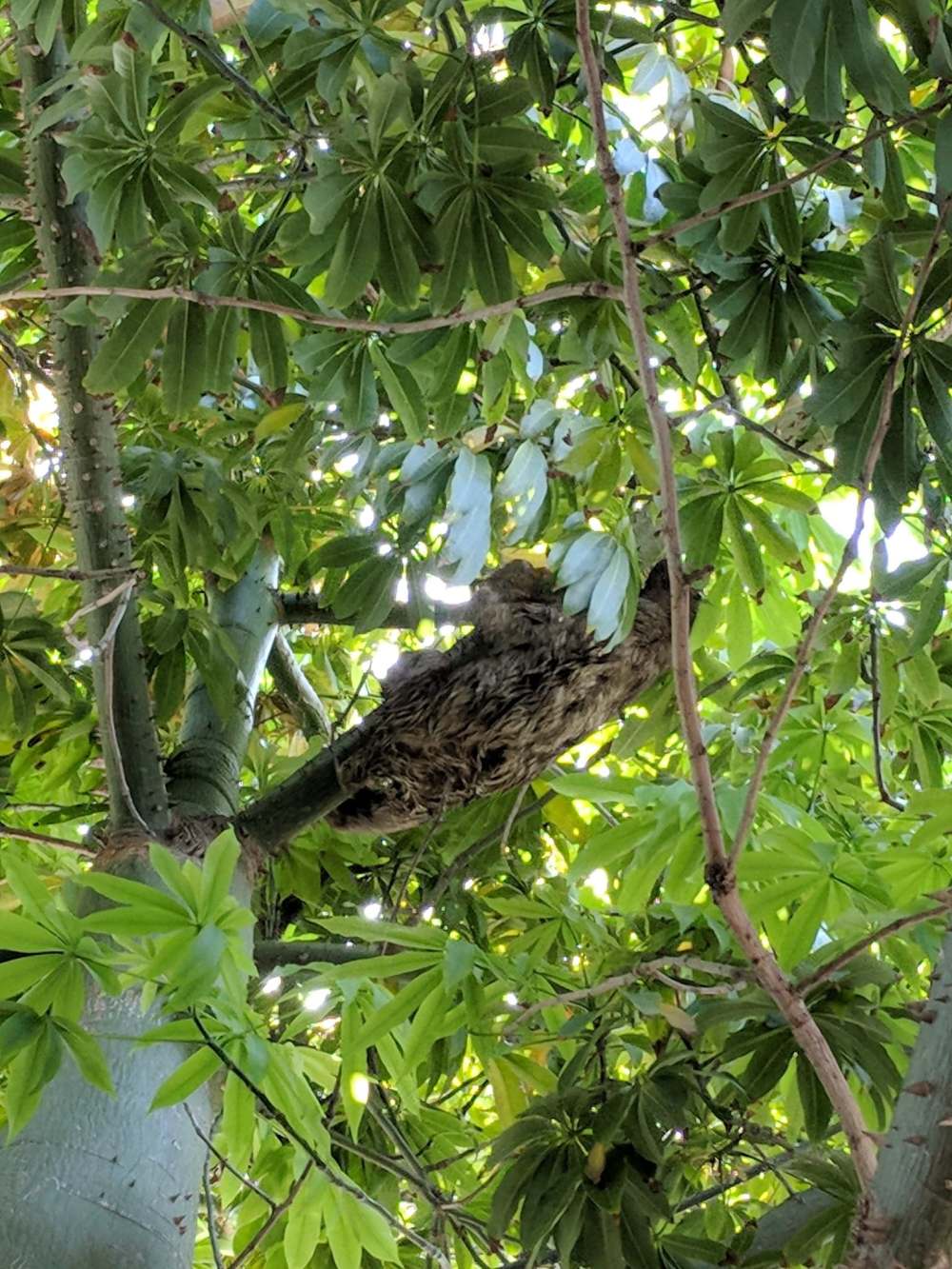 The walk to Castillo de San Felipe was about a mile… but it was still ridiculously humid so we were pretty drenched in sweat by the time we got there. The “castle” is actually just a giant fort built way back when Colombia was being attacked by Europe. It was pretty cool to walk around. They even had a little video you could watch that explained all the different additions to the fort and the different countries that had attacked. 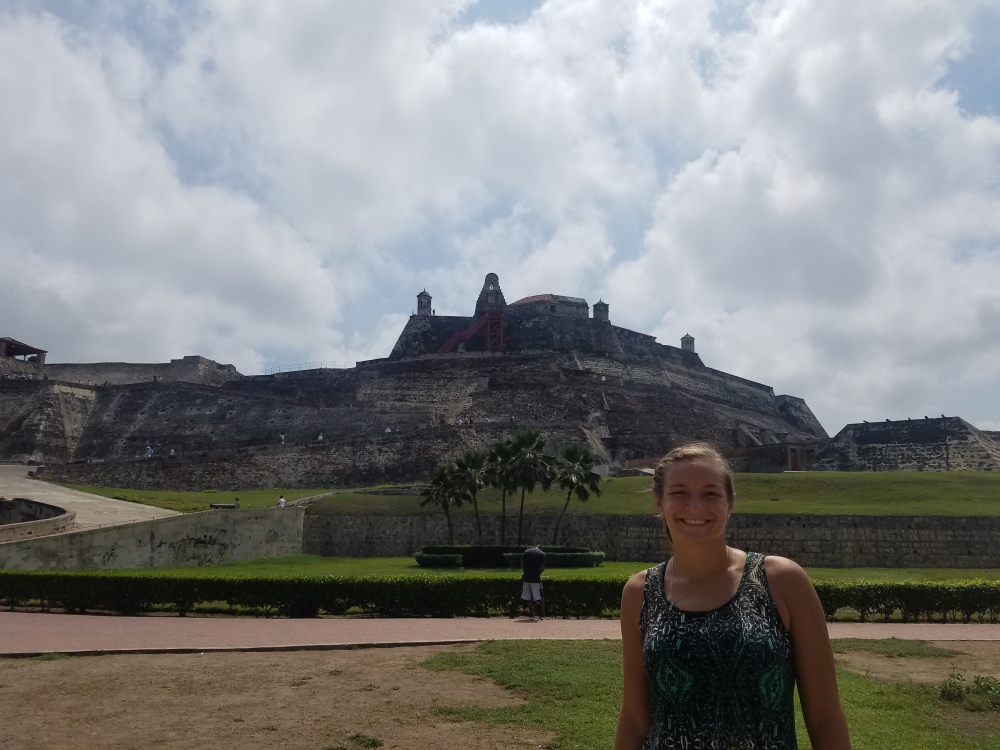 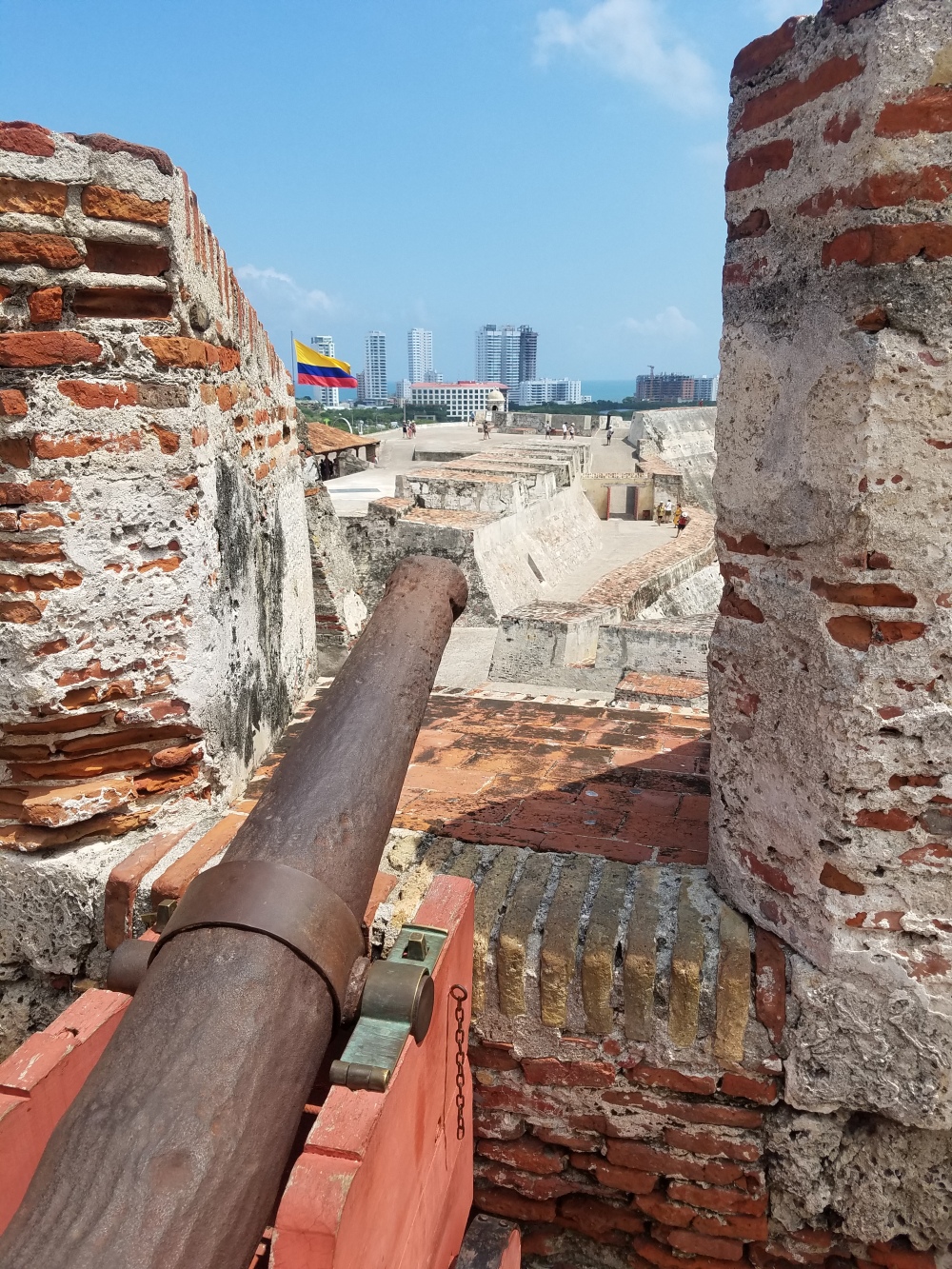 The fort had some nice little tunnels that I was justttttt short enough to fit in without having to worry too much about hitting my head. 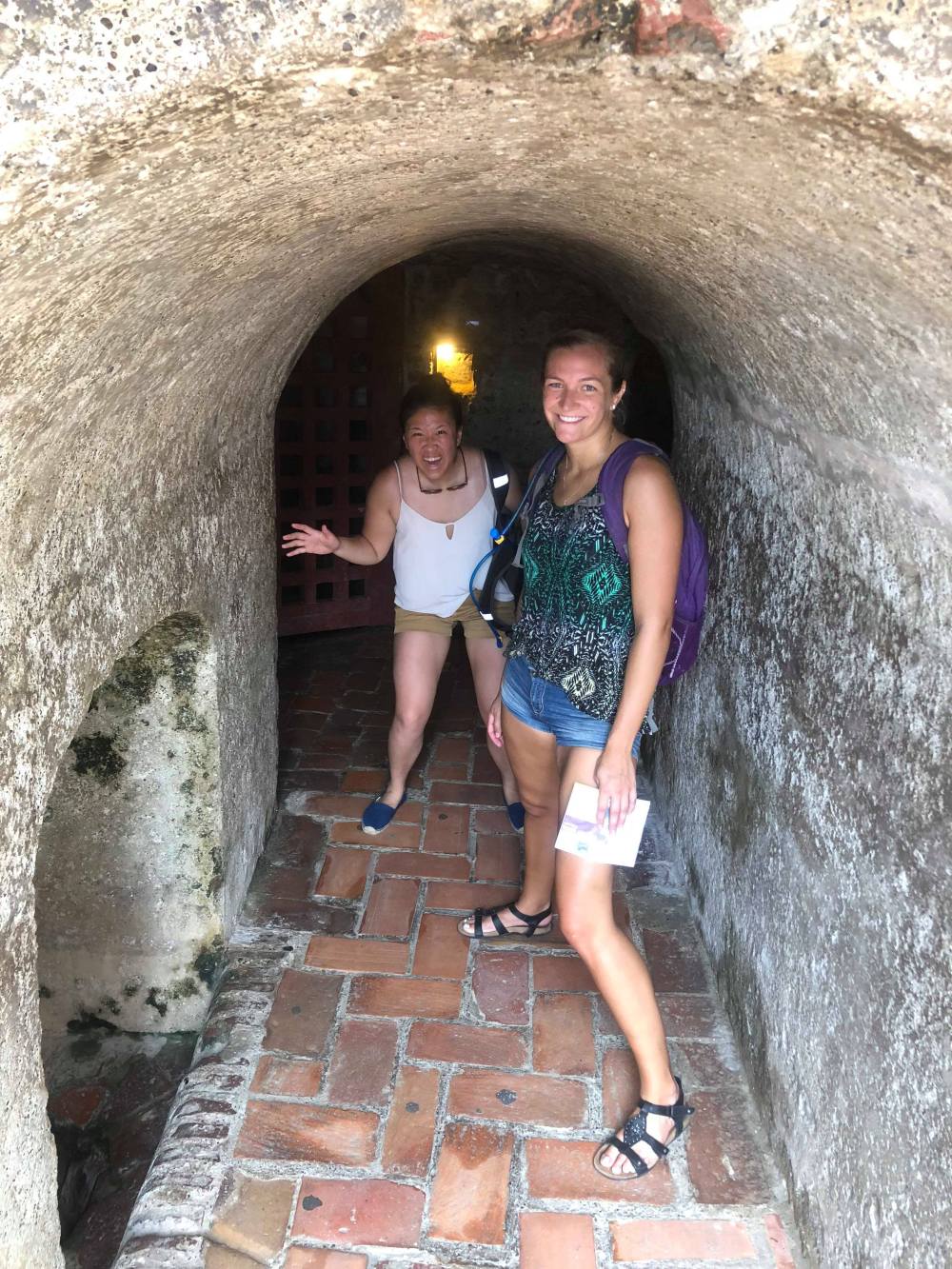 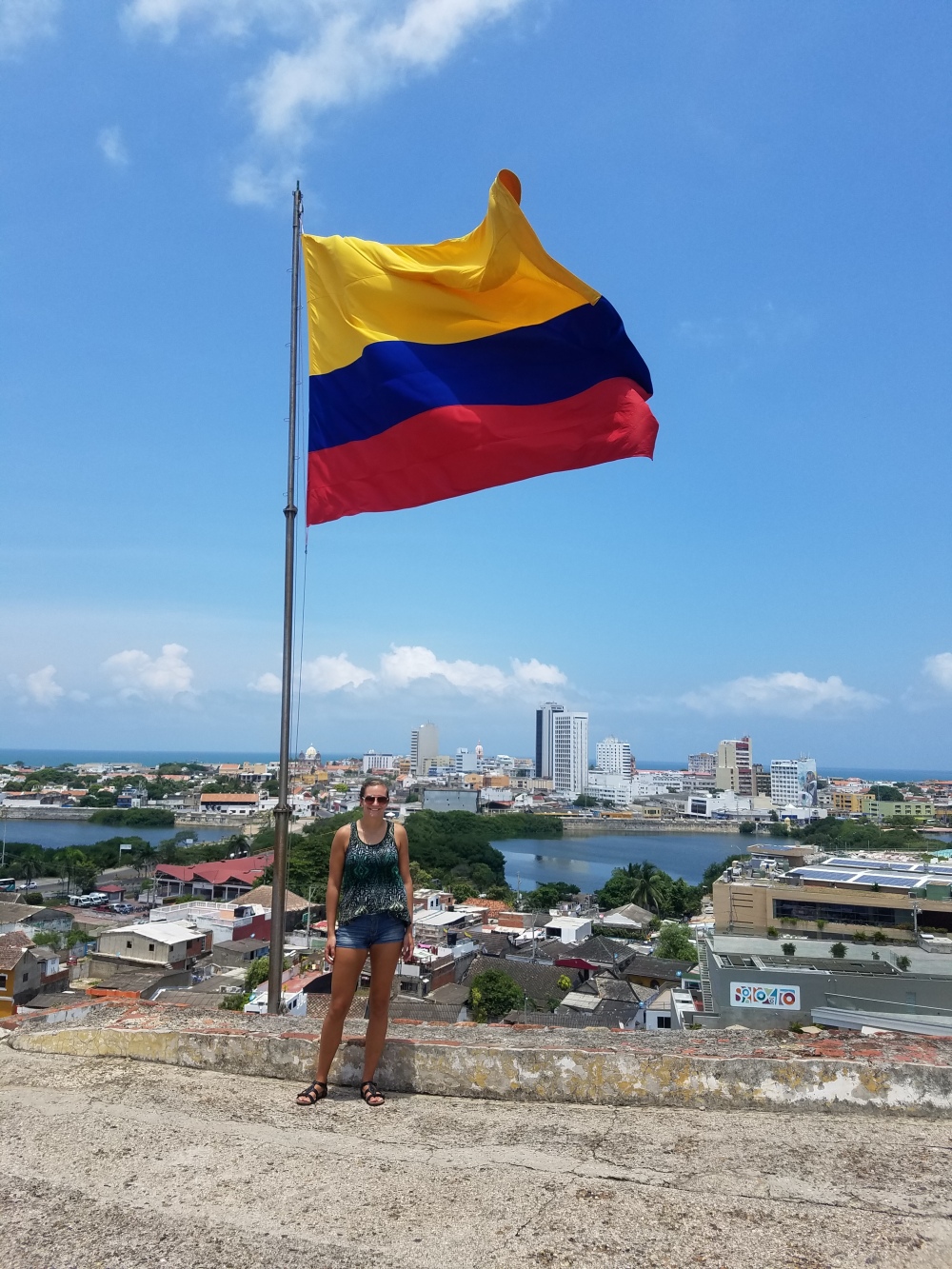 On our way back from the fort, we found a little cafe that had air conditioning and when it’s that hot outside that’s about all you need to convince you to eat somewhere!

We decided to go to Plaza de Las Bovedas to do a little shopping. It’s a little strip filled with tiny stores all selling basically the same stuff but we were able to buy some cute things.

Here’s a random photo of some Colombian ladies dressed up selling fruit. 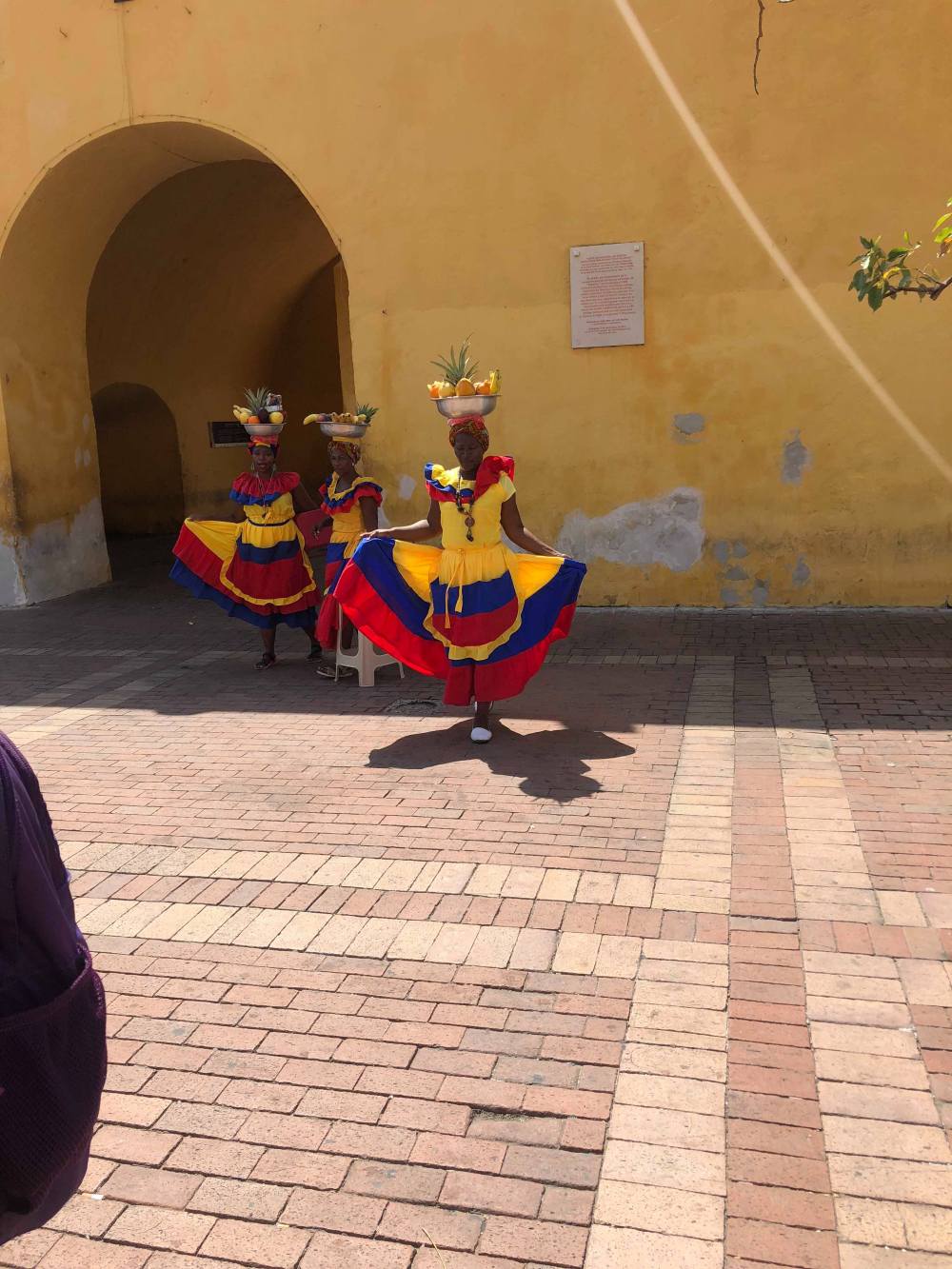 On our way back to the hostel, we stopped for paletas at this place called La Paleteria. It was a small shop that just sold popsicles. I had a Carmel popsicle that was covered in Chocolate and it was soooooo good (side note- anything cold is good when it’s this hot) 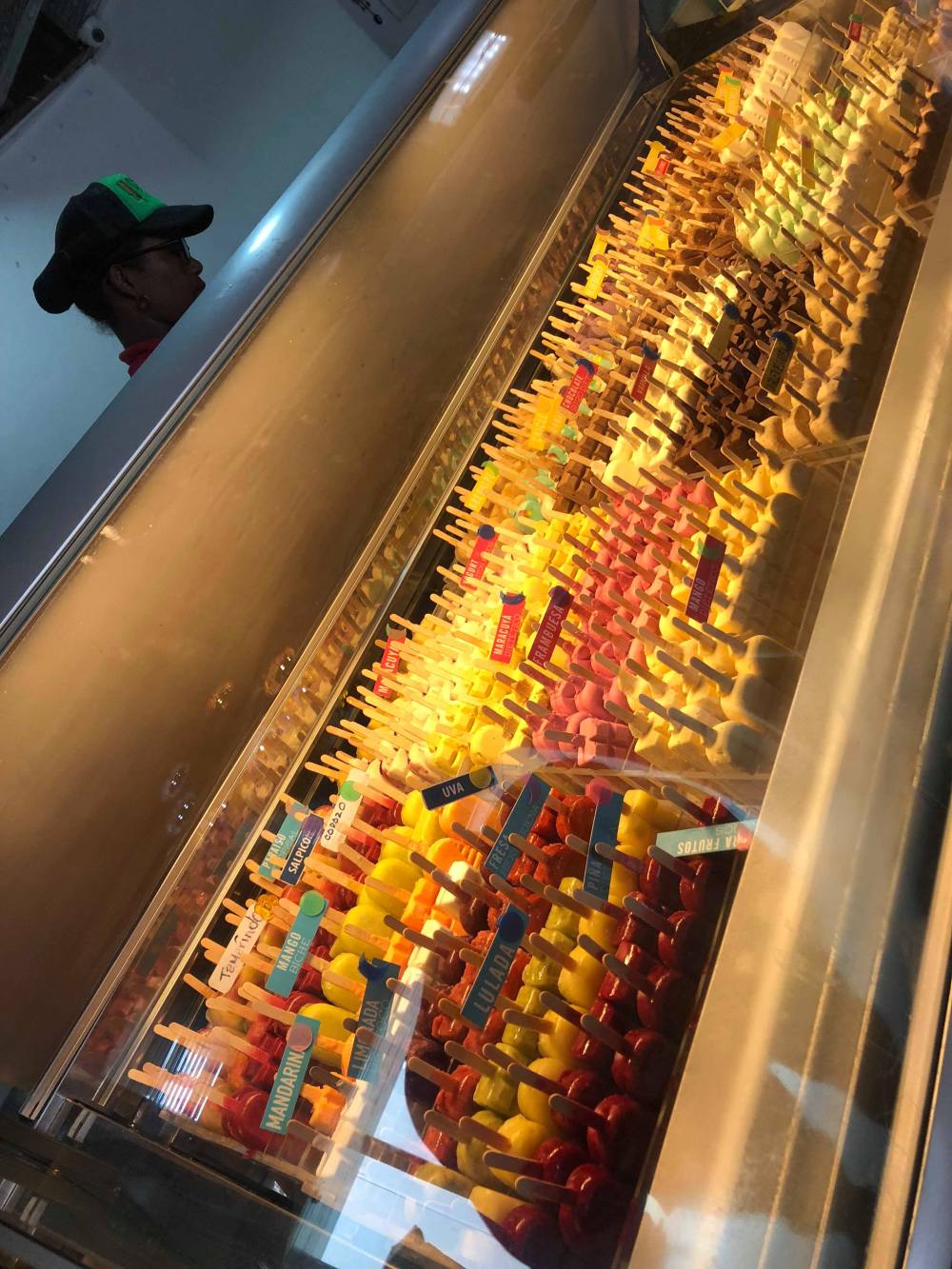 We got back to our hostel just when it started to downpour- awesome timing! We chilled there until about 4pm, and we headed over to a plaza to meet a group for a free walking tour.

The tour lasted about 2hrs and we learned some random history/facts about Colombia. 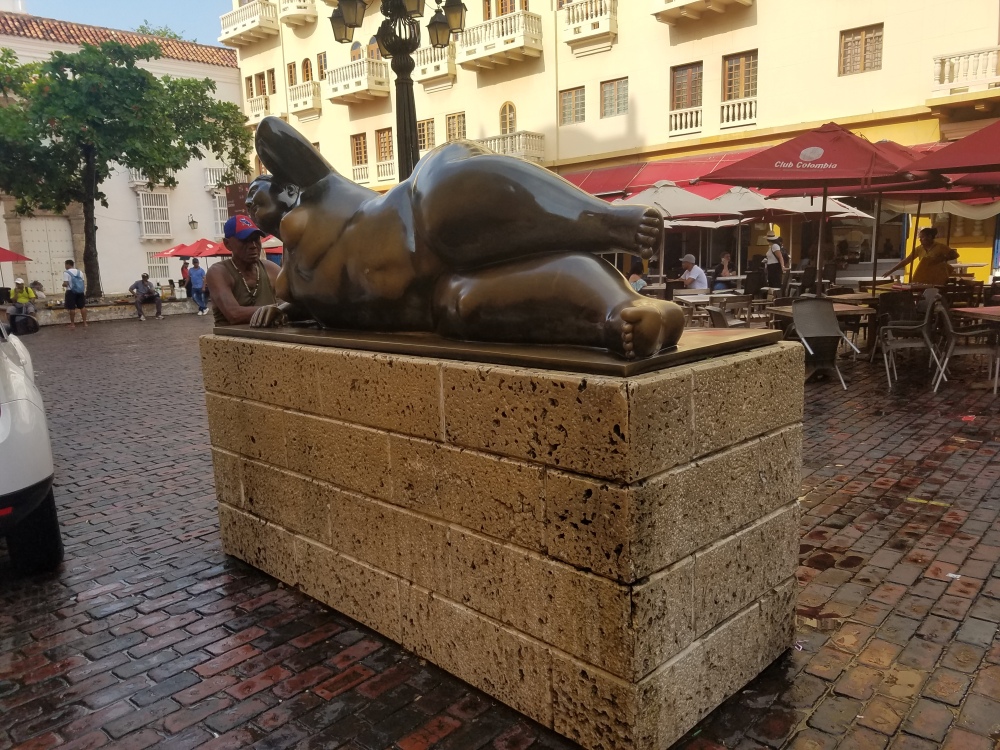 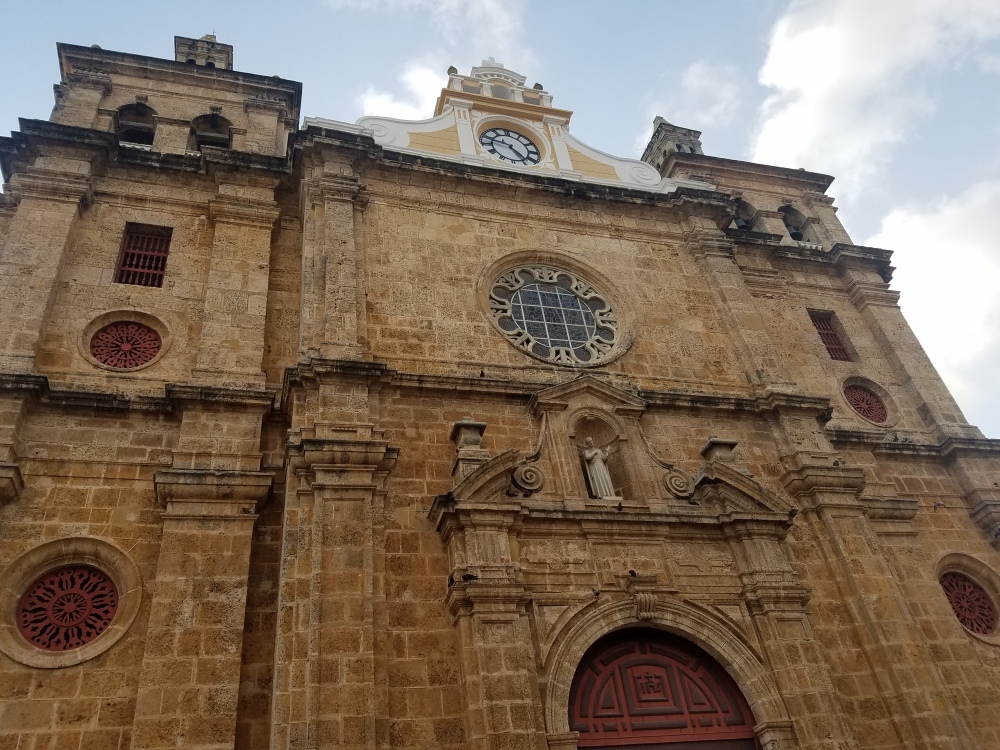 We decided to go to  pizzeria for dinner because they were EVERYWHERE so we figured there had to be reason. Ended up with some pretty delicious food. Random funny story- one of the dishes we got came with a side and the man said we could get “rice, brown rice, fish rice, or salad” so Vivian is like oh fish rice sounds interesting…. food comes out and its FRENCH FRIES LOL. So good at understand people with accents.

Another random side note for the night-at the grocery stores they have “McDonalds” except it’s called M Postres and I don’t know if it’s supposed to be a funny knock off version of McDonalds or if that’s what they actually call McDonalds here. 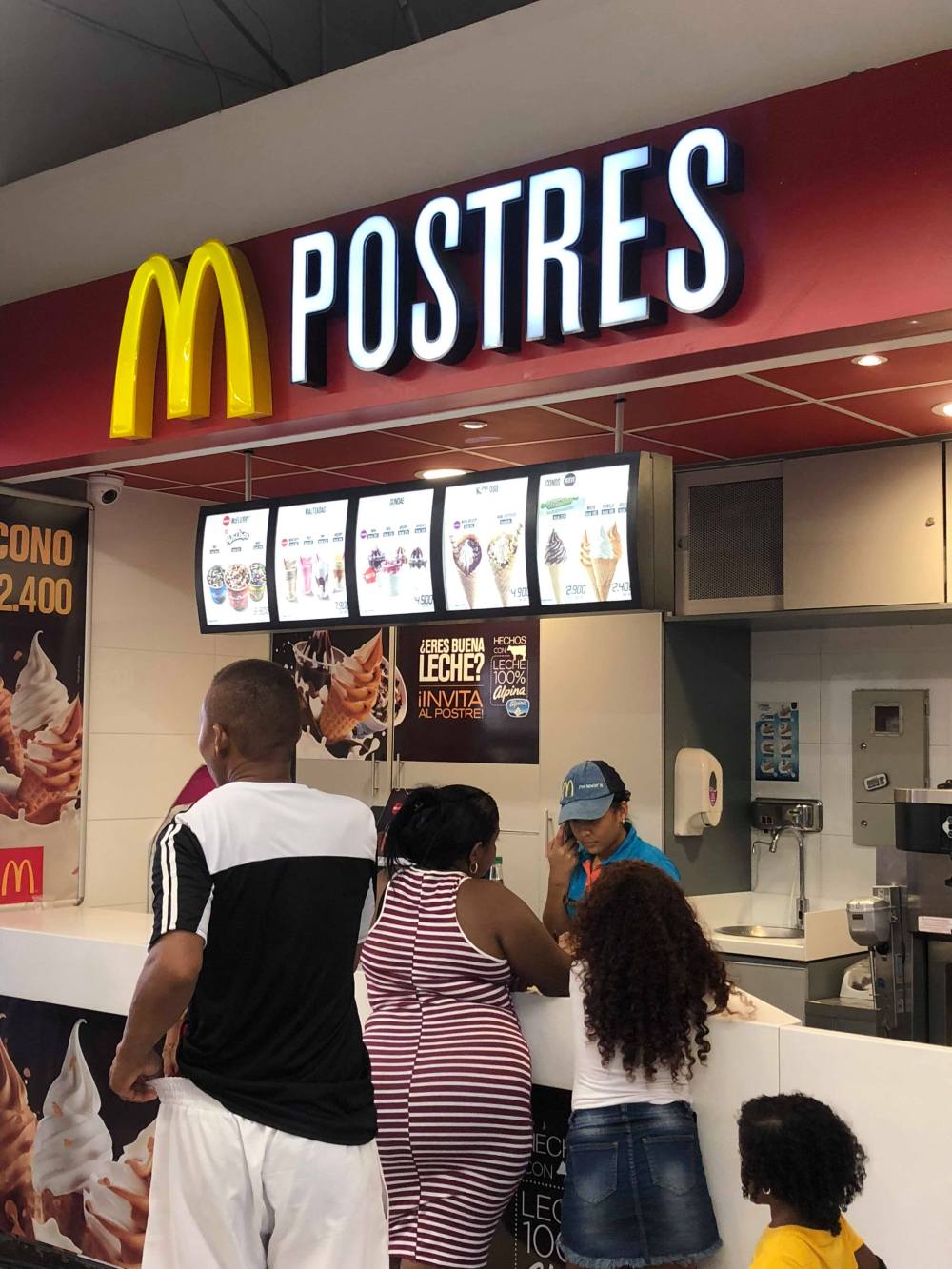