We woke up to the “sunrise” in our cool suite at the Forestis. It was a bit cloudy so it was harder to see the Dolomites, but still was pretty!

We had the biggest, most extravagant breakfast buffet! There was all the normal breakfast foods and a cheese and meat bar which also had salmon! There was even actual honeycomb dripping fresh honey out for you. Safe to say we ate a lot.

The hotel gave us these Brixen cards which could be used to take a cable car for free so we figured we might as well use it while we were in the area! We went up to Plose, walked for a little, and had some ice cream before heading back down and starting our drive back to Germany.

(Idk what this owl was for)

On the drive it slowly started to rain more and more. By the time we got to Eibsee it was pouring, but we didn’t have anything else to do so we still decided to go walk around the lake! Just had to change into our rain gear- naturally it stopped raining like 5 minutes into walking around 😂

Eibsee lake is known for being pretty green colors and very reflective. It obviously wasn’t as nice with the rain, but some of the areas you could see the beauty of it. 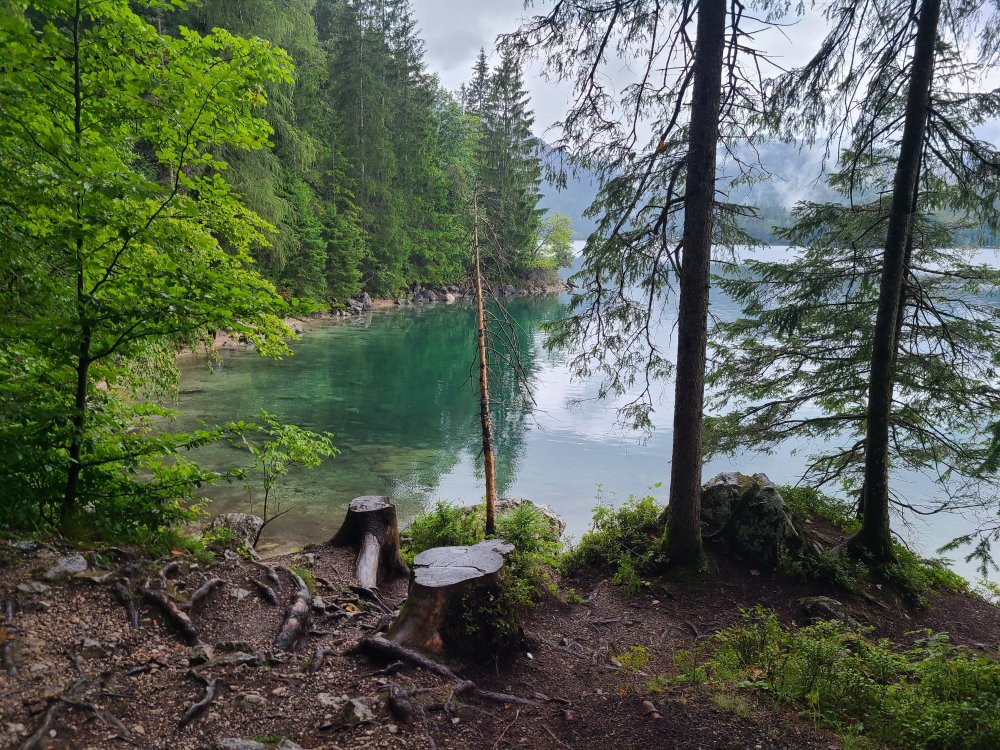 Eibsee is also right next to Zugspitze- the tallest mountain in Germany! There were so many clouds though we couldn’t see really any of it, just the cable car lines fading into the clouds.

From Eibsee, we drove to our hotel in Oberammergau (about 40 minutes away). We found a restaurant nearby that served German food and turned out the owner was actually a magician in Vegas for 11 years way back when! He did some card tricks for us before we left!