Today we had a tour booked that started at 10am and went all the way till 8:30pm! The tour began with a climb up the Cerro Chato volcano… To the very top! It took a little more than 2 hours to reach the highest point.

Our path up the volcano was challenging at some points! 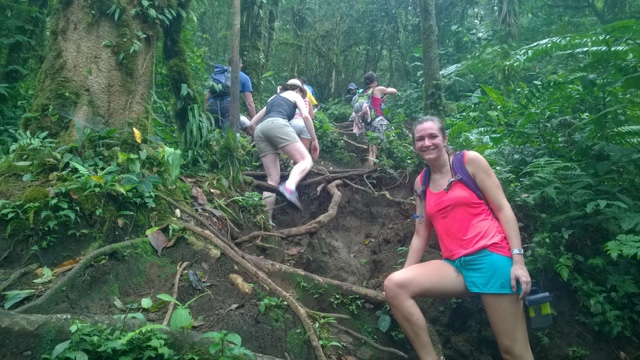 Once we reached the highest point we had to trek back down a little bit to get to the big crater in the middle of the volcano. It was quite a mud slide trying to get down, but thankfully we were able to wash off in the lake when we got there!
The crater filled with water in the volcano! 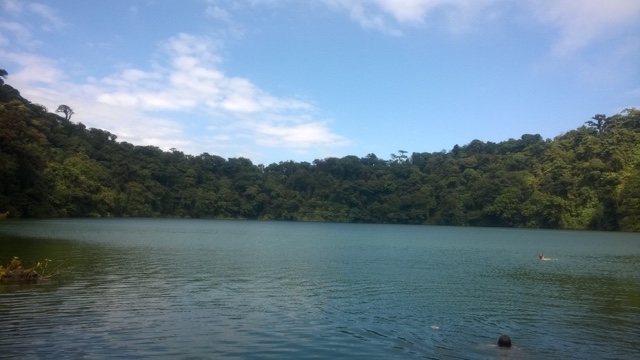 Those brave enough to endure the freezing water got to go for a swim in the crater’s lake. Definitely not something I do everyday. Only half froze.
Me swimming out into the middle of the volcano’s crater lake 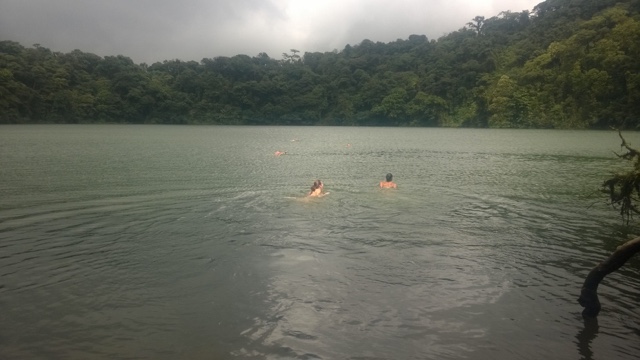 After our swim in the lake we headed all the way back down the volcano to get to a waterfall. Once again, there was some tough terrain but both me and my mom managed to make it with only a few scratches.
Another fun shot of our hiking “trail” 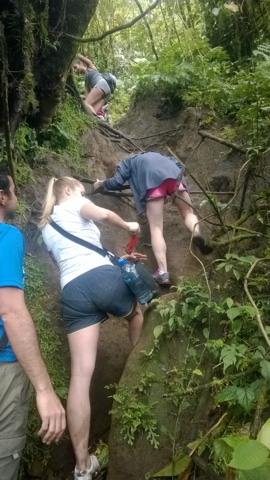 On our way to the waterfall we were able to get some great views of La Fortuna’s largest volcano, Arenal. 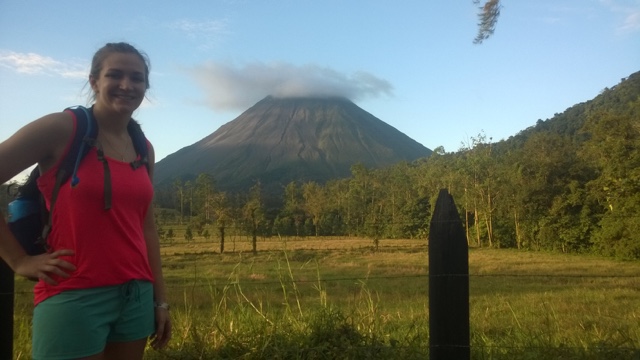 When we finally reached the waterfall we had about 30 minutes before it was going to be dark. A few brave souls jumped in, but most of us decided to stay dry and enjoy scenery.
Mom and I at the waterfall 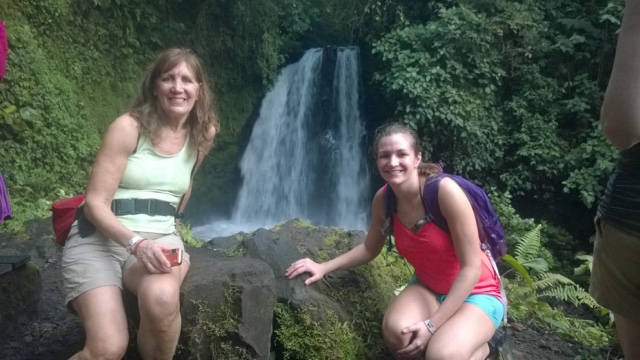 After the waterfall we were able to get on a bus that took us to one of La Fortuna’s natural hot springs. Our guides had us go on another mini adventure to get into the hot springs. We had to climb down a mini hill (with no shoes on and plenty of rocks to step on) and then climb around part of a fence that was pulled to the side. Definitely not the proper entrance! After a long day of hiking the though the hot springs felt amazing! Our guides also gave us mud facials, which apparently consisted on volcanic ash. The end result was very smooth skin so I guess it worked!
After the hot springs we were dropped back off at our hotel. Definitely going to be sore tomorrow, but it was all worth it!